An aged king called upon his son and handed over a small box saying ‘when you are feeling stuck and think of giving up, open this box and do what it says’. The son takes over as a king and for sure gets stuck in something and feels overwhelmed. Remembering what his Father had said, he opened up the small box. A text carved in a stone read:
“Try, one more time!”

The son thought ‘there must be something that my Dad wanted to teach’. He felt energized and went on with a fresh new perspective and was able to tackle the situation. Thereafter, he returned to this magic box whenever he felt stuck.

The difference between winners and the fence sitters is not extraordinary capabilities or a specialty that they alone possess. They haven’t attended any special coaching from any gurus. They are just like you and me but with a small difference in their mindset, a mindset that can be obtained by everyone, fortunately. They started off humbly, with almost nothing but faith in themselves and their idea and were mostly surrounded by critics who discouraged them and their ideas. But they stood firm and went on doing what they believed  just one more time and didn’t give up.

When we feel like giving up, or feeling down, the mind gets clouded where we lose interest in everything. The simple help we can do to ourselves is to read a couple of lines from our role models or recall an inspiring phrase, experience or even a movie scene or song, but above all, use this time-tested, highly recommended and proven technique – “do it just one more time” anyway.
And if you feel this often, do some self-enquiry. The reason could be just the force of habit; even feeling down frequently is a habit. We know that a habit can be strengthened or weakened. Weaken the negative thought by ignoring it and reinforce with a powerful, reverse action, a positive one. Our mind replaces the neural connection that fires the negative feeling with a positive one. Our part is to replace the negative with an empowering positive action. However small it may be, as long as it is done repetitively, the
results are sure to show up.
Make it a habit and just do it one more time. Do it without worrying about the results. Did you know the long-term benefit of brushing your teeth when you began? You just did and it goes well even now. The same holds true to your thoughts. Just do it one more time and don’t give up, like the winners below. 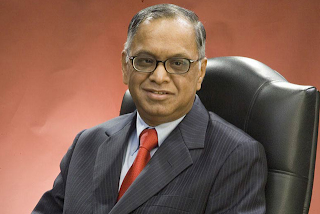 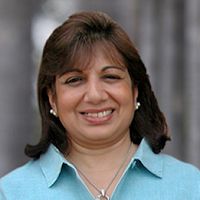 “Today anything can be done!”

This website uses cookies to improve your experience while you navigate through the website. Out of these, the cookies that are categorized as necessary are stored on your browser as they are essential for the working of basic functionalities of the website. We also use third-party cookies that help us analyze and understand how you use this website. These cookies will be stored in your browser only with your consent. You also have the option to opt-out of these cookies. But opting out of some of these cookies may affect your browsing experience.
Necessary Always Enabled

Any cookies that may not be particularly necessary for the website to function and is used specifically to collect user personal data via analytics, ads, other embedded contents are termed as non-necessary cookies. It is mandatory to procure user consent prior to running these cookies on your website.